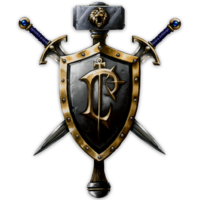 Human is one of four playable races in Warcraft 3.

The noble warriors of humanity employ both a strong military and powerful magics in the defense of their shining kingdoms. Both knights and wizards fight side by side on the field of battle against those who would threaten the sanctity and peace of the Alliance. Although the Alliance has all but fallen apart, the valiant citizens of Azeroth and Lordaeron have once again taken up arms against the enemies of humanity.