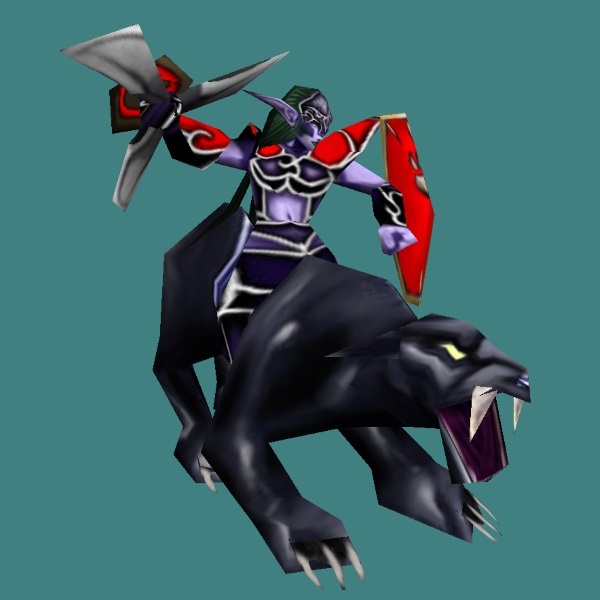 Huntresses are the elite cadre of the Sentinel army. Drawing their strength from the moon goddess, Elune, these warrior women ride the feral Nightsabre panthers into battle. Huntresses are strong, swift, and merciless to those who would defile the sanctity of Ashenvale Forest. Like all Night Elf women, Huntresses are able to Shadowmeld at night.

Huntresses are powerful early game untis, but very bad in the late game. Huntresses can be built on tier 1 to get map control, but doing so will delay the tech. There are mass Huntress strategies, that often also include getting an expansion.

In 2v2 Night Elf players often stay on tier 1 and only produce Huntresses, supporting their allies.