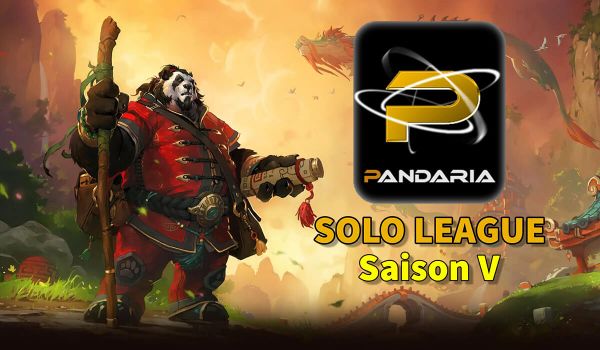 The Pandaria Solo League - Season 5 - Division 1 is the fourth season of a solo league for French players only. It's organized by Pandaria League.

It starts on January 24th, 2021 and is played on European Battle.net servers.

Pandaria League is a nationaly-famous French teamleague born in 2004 and played until 2017 on several games such as Warcraft III, StarCraft II and League of Legends. With the soon-to-be-released Reforged version of Warcraft III and the regain of interest for the latest coming along, Pandaria League has reborn for a solo league.

It's a 1v1 series, lasting about two months.

The regular season consists of a single group stage :

The 4 players remaining face in a single elimination bracket: