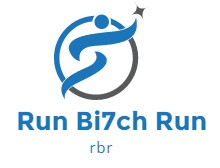 Clan Run Bi7ch Run (rbr) is a Bulgarian e-sports team established in 2004, in the early days of Warcraft III The Frozen Throne, as a solely Warcraft III team. Over the next few years founding members Nyagoslav "Shorty" Zhekov and Adrian "Duffy" Kateliev turned the clan into one of the most well-known names in e-sports in Bulgaria.

The team participated in the qualifications of BWCL Season 4 in 2006, but lost at the qualifiers final.

However, the team managed to go successfully through the qualifiers for BWCL Season 5, and later secured the 7th position in the final standings of the season in 2007.[1]

In 2007, a Counter-Strike 1.6 and a StarCraft: Brood War squads were added to the team.

In 2009, the Warcraft team was disbanded due to the retirement of most of the core players.

In 2015, the team was re-established with the help of Nyagoslav "Shorty" Zhekov, Plamen "Moon" Varbanov, and Valentin "GodFather" Atanasov. The same year the team took part in NWC3L Season 3 where they finished 5th. Subsequently, the team reached the final of Cup of Hope.

In 2016, the team took part in NWC3L Season 4 where they finished 5th again. Later the same year, with the financial support of GodFather, clan rbr organized Race Wars 2016.[2] At the end of the year, the clan participated in NWC3L Season 5, where they qualified for the first time for the playoffs, after finishing 8th in the regular season. However, they lost to clan uMaD at the 1/4 finals.

In 2017, clan rbr participated in NWC3L Season 6 and finished 3rd with 102 points (equal to the 2nd - clan uMaD). The team again lost at the 1/4 finals, this time to clan Fs, who they had beaten earlier in the season with 10:5. In April 2017, the team participated in NWC3L Season 7, but they finished 5th in their preliminary group and did not qualify for the playoffs. In September 2017, clan rbr organized Balkan League 2017.[3]

In 2018, the team practically became Team Bulgaria and participated in team leagues as the national team of the country.

In 2019, the team organized Warcraft III League of Bulgaria.