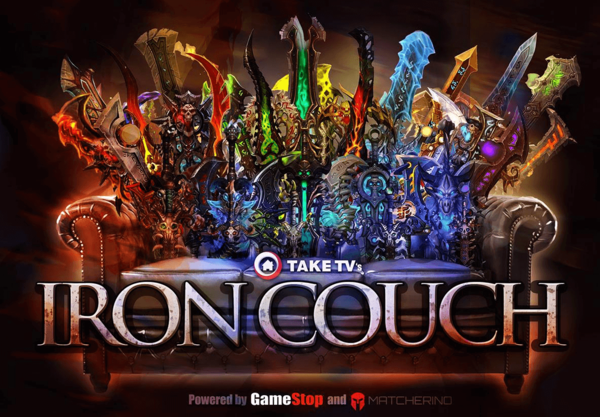 The Iron Couch is organized by TaKeTV, ToD, Matcherino and GameStop. It is an open offline tournament taking place in Krefeld, Germany, at the TaKeTV Bar.

Matches are cast and commentated by players like ToD, RotterdaM, TeRRoR, and others. The German player XlorD won, beating Neytpoh in final.

The group stage consists of 4 groups of 8 players each :

The playoffs consists of a single elimination bracket :