All 12 sponsors and 24 participants will be divided in 2 teams, each consisting of 6 groupings (sponsor, participant, participant). Sponsors are ranked by their ability in game (From tier S to E):

In the ranking phase: when a pairing consists of a sponsor who is ranked lower tier than the opponent, then that pairing can choose a race (not limited to opposing sponsor) for one of their opponents. If both sponsors who are playing are equal in ranking, then no such restriction apply.

Note: 方小同’s in game skill is unknown thus bonus BP excludes him. All Games are 2v2 on the following maps:

Each team will enter a delegate grouping to compete in full Bo4 with no tie breaker, the sponsor will always play as the participants change out. The first Bo4 will be between: LawLiet & Sok team and TH000 & Happy team. The first Map will be Lost Temple LV, the losing side gets to pick the next map (non repeatable) and pairing.

Both teams, each with 12 unique pairings (sponsor and participant from the same grouping) will compete in conquest mode (i.e. all unique pairings must win for the team to win). The first map will be Lost Temple LV, both teams will submit their first pairing at the same time. The losing side gets to pick the next map (repeatable) and and pairing.

Both teams, each with 12 unique pairings (sponsor and participant from the same grouping) will compete in King of the Hill (Random hero) until one team runs out of unique pairings. The winning pair will stay and the losing pair will be eliminated. If a unique pairing is to win thrice consecutively, then that pairing will be eliminated as well. The first map will be Lost Temple LV, both teams will submit their first pairing at the same time. The losing side gets to pick the next map (repeatable) and pairing.

For every map won, the team will receive 1 point and the participant will receive 1 point. If a pairing were to win twice, thrice consecutively on Day 4 then the team will receive an additional 2 points, 3 points. (This would amount to 3 points for winning twice and 6 points for winning thrice consecutively) The participant point does not benefit from this bonus. Participants from the winning team will receive 5 points each (i.e. 10 total for the duo). The top four duo in participant points will advance to the playoff and the remaining eight duos will compete for the remaining four spots. (If two duos are tied in points then the duo with a lower sponsor ranking becomes the tie breaker). Note: sponsors will not be playing in the playoff

All matches are Bo3 with the exception of the final (Bo5). The map pool is:

Each duo can ban a race combination for its opposing duo. 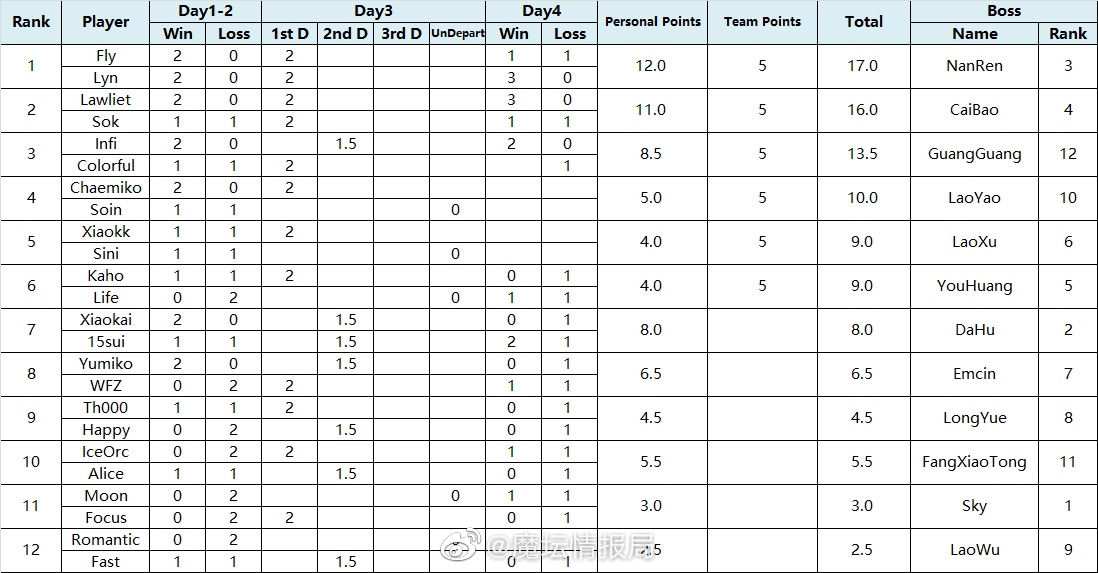 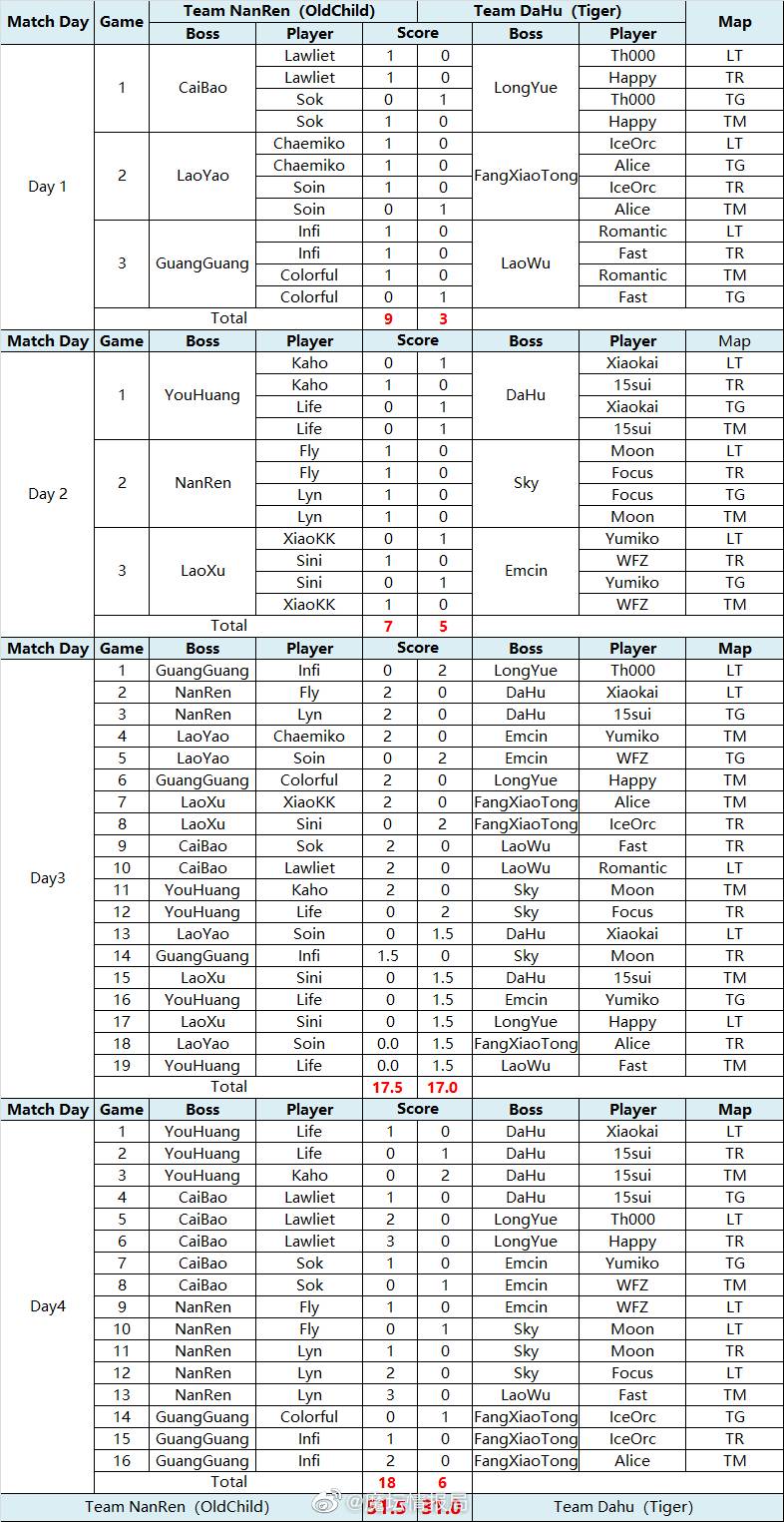