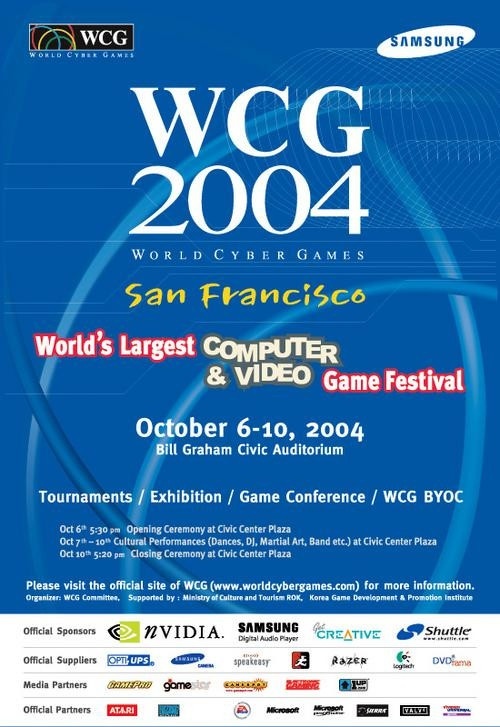 The World Cyber Games - 2004 is one of the most important tournament of the year among Blizzard WWI 2004, Electronic Sports World Cup 2004 or International e-Sports Festival 2004 and by far the most prestigious. It's played offline in San Fransisco (USA).

The group stage consists of 16 groups :