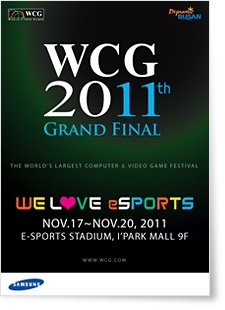 The World Cyber Games 2011 is one of the most important tournament of the year with G-League and International e-Sports Festival 2011 and by far the most prestigious. The 8 players granted their stop via a qualifier, it's played offline in Busan (South Korea).

The groupstage consists in a round robin :

On the sidelines, four players have been chosen by vote to fight for extra money. Two super matches have been played as Bo3.