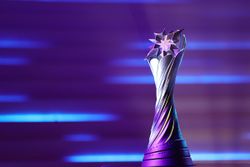 The Icons Global Championship was created in 2022 by Riot Games. It takes place every year between June and July, bringing together the best teams from each region, to determine the best Wild Rift team in the world.

In January 8th, Wild Rift Esports has announced its first official global tournament, called the Wild Rift Icons Global Championship. This is where the twenty-four of the best teams around the world compete against each other to be crowned as the first ever Icons Champions. The inaugural Icons Global Championship is being held at the Suntec Convention and Exhibition Center in Singapore, the venue for the Horizon Cup held in November 2021.

Twenty-four of the best teams from eight regions compete in the tournament. Some teams have a history in League of Legends PC (T1, FunPlus Phoenix, KT Rolster), while some teams are fan favorites outside of the Wild Rift game (Rex Regum Qeon for Mobile Legends, Team Flash/Buriram United Esports for Arena of Valor, Nova Esports for PUBG Mobile, Sentinels for VALORANT). Icons starts with the Play-ins stage, where sixteen teams are split into four groups of four and will face off each other in a double elimination bracket. The top two teams of each group advance to the Group Stage.