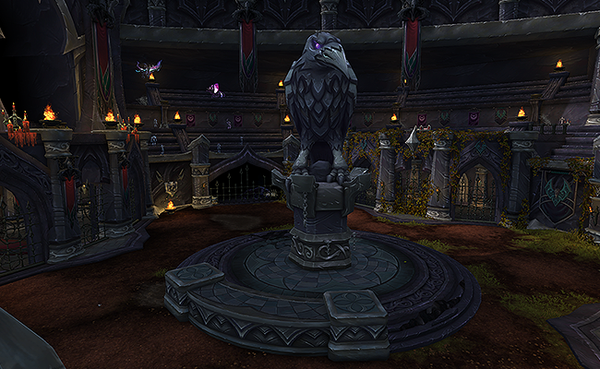 Black Rook Hold Arena is an arena map that was added to World of Warcraft during the Legion expansion.

The map features a statue in the centre of the map that functions as a pillar. At the base of the statue is a slightly raised, circular platform. Stairs surround most of the platform, with a higher platform in front of the statue completing the circle. Another feature of this map is that the rooms that each team enters from are quite large. These rooms remain accessible after the gates have opened.