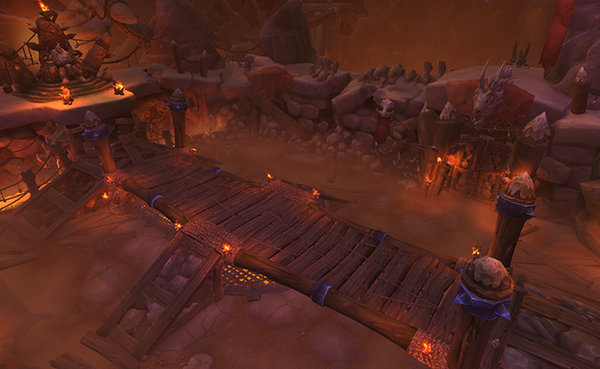 Blade's Edge Arena is an arena map that was added to World of Warcraft in The Burning Crusade expansion and updated during Legion.

Blade's Edge Arena's main feature is a bridge that spans the entire width of the map. There are six ramps leading up to the bridge, one at each of the corners of the bridge and two in the centre. The map also features two pillars underneath the bridge.