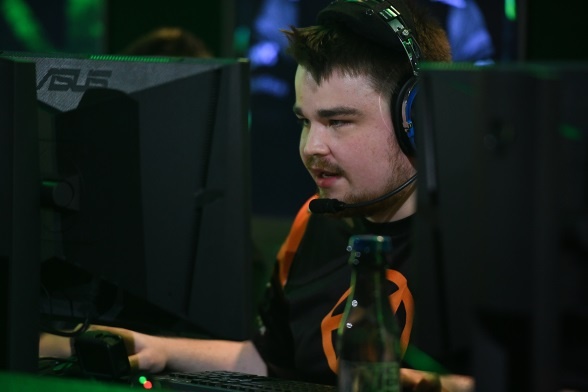 Josef "Chas" Stoianov is a Swedish professional World of Warcraft player who played for Method, and XSET Gaming. Josef is currently player for Kungarna.

Chas found passion for WoW arena early on, grinding the ladder as a Rogue when he played for fun with friends. Later on in Wrath of the Lich King he realized he enjoyed playing the Healer role more than the DPS role so he rerolled to Priest, quickly achieving Gladiator titles playing Rogue Mage Priest. As time went on he became better and better and in 2014 Chas had his first LAN tournament appearance, landing a 7th place playing Jungle Cleave (Feral Druid, Hunter and Disc Priest). He wasn’t too happy with his place in the tournament but that only motivated him more to improve. He committed more time & effort and in 2016, came back strong under the Method banner taking third place in the European Championship. Later that year, that roster went on to get 5th/6th place in the BlizzCon Championship. He continued grinding the next year with a new team but barely missed out on the spot to BlizzCon. At the same tournament Whaazz and team did not reach their goals but saw big potential in Chas and invited him to make a super team together under the name of "Method Black". For 2 years the team was almost always contending for first place in tournaments. In 2019 Chas finally managed to achieve the title of BlizzCon World Champion with Method Black.[1]