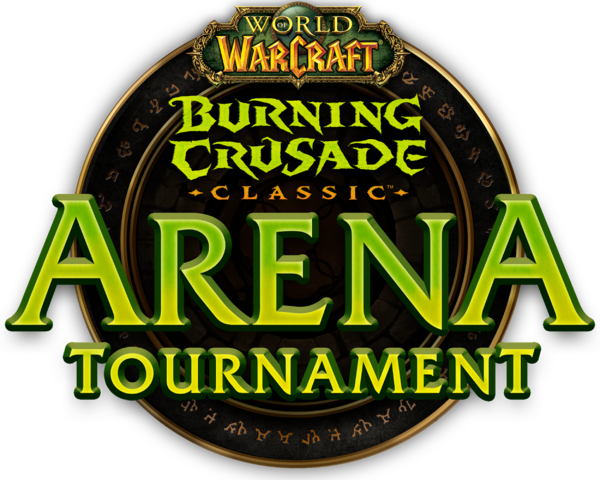 The Burning Crusade Classic Arena Tournament (CAT) is a 3vs3 World of Warcraft Classic arena tournament hosted by Blizzard Entertainment. For retail tournaments please check out the Portal:Tournaments page.

Additionally the top 10% of all players will receive the original Vaniquisher title in reprensentation of the best Arena competitors.

The Burning Crusade Classic Arena Tournament (CAT) is a 3vs3 arena tournament played in a double elimination bracket with both north america and europe having their own bracket. Signup for the tournament opened on June 16th and will be closed on July 9th[1]. Same time as the seeding closes a snapshot from the live ladder will be taken for seeding purposes. Players who are not part of a team may register as a free agent during registration period. The first match will always be played on Nagrand Arena, additionally Ruins of Lordaeron and Blade's Edge Arena are part of the map pool. All matches during the offline brackets will be played in a Best-of-Three series with the top of eight being played in a Best-of-Five series. Players are allowed to broadcast their matches on Twitch or Youtube during the initial rounds. The Top 8 will be broadcasted by Supatease, Venruki and Ziqo with additional casters and special guests appearing on show.

meme for a dream

meme for a dream
0

you want trouble
3
From Losers Bracket