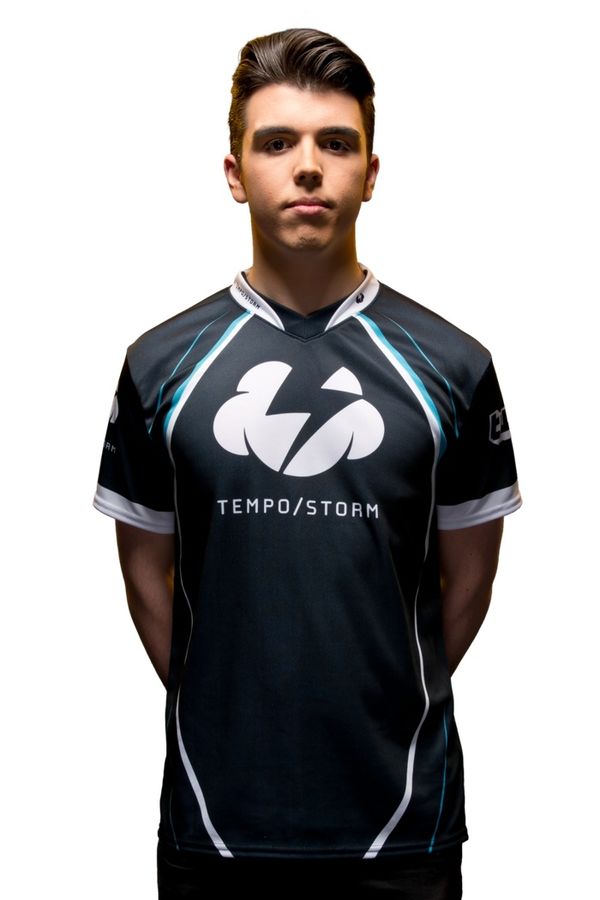 Jaime started playing in 2015 and qualified for the EU Regionals that year from the first open cup under the Bleached Bones banner with BlizzCon champions Lagyna and Loony (and future champion Niksi), and ended up placing 6th at the event missing out on the top 3 BlizzCon spot that year.

In 2016, Jaime played with Loony & Blizo the entire year and was one of the favorites to do well in the upcoming cups & regionals that year, however Loony got disqualified for boosting before the tournaments began. This meant Blizo and Jaime parted ways with Blizo going on to play with Swapxy, Boetar, and Fabss and Jaime playing with Joefernandes, Lyanne, and Infernion. Both teams qualified to the 2016 EU Regionals however post-qualification Blizo & Jaime were both also disqualified.

In 2017, Jaime rejoined Lyanne playing with Nerdrage and Cervantes, and the team made it to the EU Regionals easily and finished second at the event securing the BlizzCon spot for that year. At BlizzCon the team played under the Rockets: Eclipse banner and placed 5th at the event, in the end losing to a 1v1 scenario between Cervantes and Trill!

Moving onward to 2018, Rockets' would go their seperate ways and Jaime would play with Boetar, Fabss, and Feddx in the spring season, after Swapxy and Blizo left Method: Triforce. They narrowly missed out on spring final qualification in a 2-3 tiebreaker to Reformed, the eventual winners of the event. Cara would retire from the 2017 champions ABC's roster after spring and Jaime would step in instead to play with the new Tempo Storm - Minpojke, Alec, and his previous teammate Niksi. This team would do well making it to the Summer Finals and placing 5th at the event, and qualifying to BlizzCon on AWC points.

Before the final cup closed the team announced that Minpojke would be replaced on the roster by Boetar, and at BlizzCon the team stumbled a bit, taking down the australian representative ORDER and Chanimal's Super Frogs but losing to Skill-Capped EU and Ascendant, ending at a 8th place finish.

Going into 2019 Boetar was disqualified and Asgarath, ABC's original healer would step in to replace him, and the new ABC roster would play through spring being consistent and making it to the Spring finals where they placed second at the event, losing only to Cloud9 twice. In 2019 summer Jaime parted with ABC and competed with Merce, Drainerx, and Nerdrage however they narrowly missed out on a LAN spot, and in turn BlizzCon, at 5th place in the standings.

In 2020 Jaime is now playing for Diabolus with Clyde, GeluBaba, and Merce. The team placed 4th in the regular season, qualifying for the circuit run.